Reading and Approval of Minutes: Bill Hollander made the Motion to approve the July Minutes, seconded by Jeremy Robbins, motion carried and approved.

New Membership: Five paid for the conference/membership – no approval needed since they were past members.

Treasurer’s Report: Jeremy Robbins made the motion to postpone the Treasurer’s Report until the next meeting in September since Neal was absent. Seconded by Bill Hollander, motion carried and approved.

CFI: Jonathan Wilk and Tim Reeves will take their test in September.

Website: Dan will change the conference to be 65thinstead of 66thbased on past information reviewed on the thumb drive.

The burn camp funds from the prior conference of 2018 need to be provided to the burn camp sponsor. David VanBuskirk will call him and attempt to arrange for him to come to our September meeting and will ask the sponsor if they can put us on their website.

Next Meeting: Thursday, September 5, 2019, 10:00 a.m. at Hard Rock to finalize conference information and review of facilities again and sort out any food details.

A Motion was made by Fred Henderson to adjourn, seconded by Chris Woodall, motion carried / approved.

Reading and Approval of Minutes: Motion made by Neal Moore to forego the reading of the prior Minutes, seconded by Ashley Stephens, motion carried/approved.

A discussion was had about the initial contract given by the Hard Rock to Bill Hollander. Bill and David will be meeting with the Hard Rock on Friday, May 10thto negotiate the following items in the contract:

Ashley made the Motion for David and Bill to negotiate these items with the Hard Rock, and if they could not be negotiated to sign the contract as it was. Seconded by Neal. Motion carried / approved.

Bill also advised the Hardrock is providing a hospitality room off of Bill Hollander’s room that the Board can use to meet during the conference if needed.

It was also decided that once the agenda was nailed down for the conference that all presentation material by the speakers would need to be provided by July 1, 2019. We would need a PowerPoint file, slides, handouts, biographies and anything else they would reference.

Regional Conference: Tim Reeves went and said vendors were local from the area, discussion about the speakers was had, as well as how they traded challenge coins.

Motion made by Ashley Stephens to adjourn the meeting, seconded by Neal Moore. Motion carried / approved.

Call to Order: President David VanBuskirk made the call to order.

Reading and Approval of Minutes: Neal suggested to add in who was not present at the next Minutes. Ashley Stephens made the motion to approve the February Minutes, seconded by Tim Reeves. Motion carried / approved.

Treasurer’s Report: Neal Moore advised $16,189.27 is our current balance, but he has yet to make two deposits.  Motion made by Ashley Stephens to approve bank account balance, seconded by Chris Woodall, motion carried / approved.

Bill Hollander has calls into Albanco and Donnie Howard regarding speaking on forensic fire deaths.  He and Tim Reeves went to a few places, Double Tree in downtown Tulsa, the Hard Rock, and Embassy Suites.  All are somewhat comparable but have pros and cons.  Will send an email with further information to vote on.

Jonathan Wilk called TCC and it is $200 a day for the conference room which includes audio visual, but you would have to coordinate with Tulsa Fire Training to do a burn.  He is waiting on additional information, but a hotel would not be needed since the conference would be at TCC.

Todd Desmet confirmed that Mark Winthold can speak for two hours and Mike McGee can speak for two to four hours on Infotainment Center on a vehicle.  We would need to provide his travel expenses only. Todd Desmet did try to reach out to Sticks Larsen but not return call yet.  Ashley Stephens will contact him and see if he will speak one to two hours.

Bill Hollander has not yet called Dave Walker, but he would need to be advised on what he would speak about from a homicide standpoint and how to share information back and forth.  We would need him for one hour.

David VanBuskirk advised Barry will speak and needs ideas and we will send him ideas, but Barry needs to commit for at least 8 hours.  David also called another lady at the OSBI for logistics and cell phone pings and cell phone tower language who could speak for approximately two hours.

Renee Southerland contacted Harvey Pratt for a one to two hour slot, but he needs to know which day because he has other commitments with the Smithsonian.

Jonathan Wilk suggested contacting Miles King with OSBI that has information on drones.

Ashley Stephens will call agents at ATF in Colorado to come speak.

By the next Board meeting we need to decide where the conference will be. Bill Hollander advised that Scotty is not in charge of the burn camp and need the name of that new person at the next meeting.

Regional Conference: A question was asked if OKIAAI needed to get involved to sponsor.

CFI: Mike Schatz got CFI after the last OKIAAI conference.

Motion made by Bill Hollander to adjourn the meeting, seconded by Ashley Stephens. Motion carried. 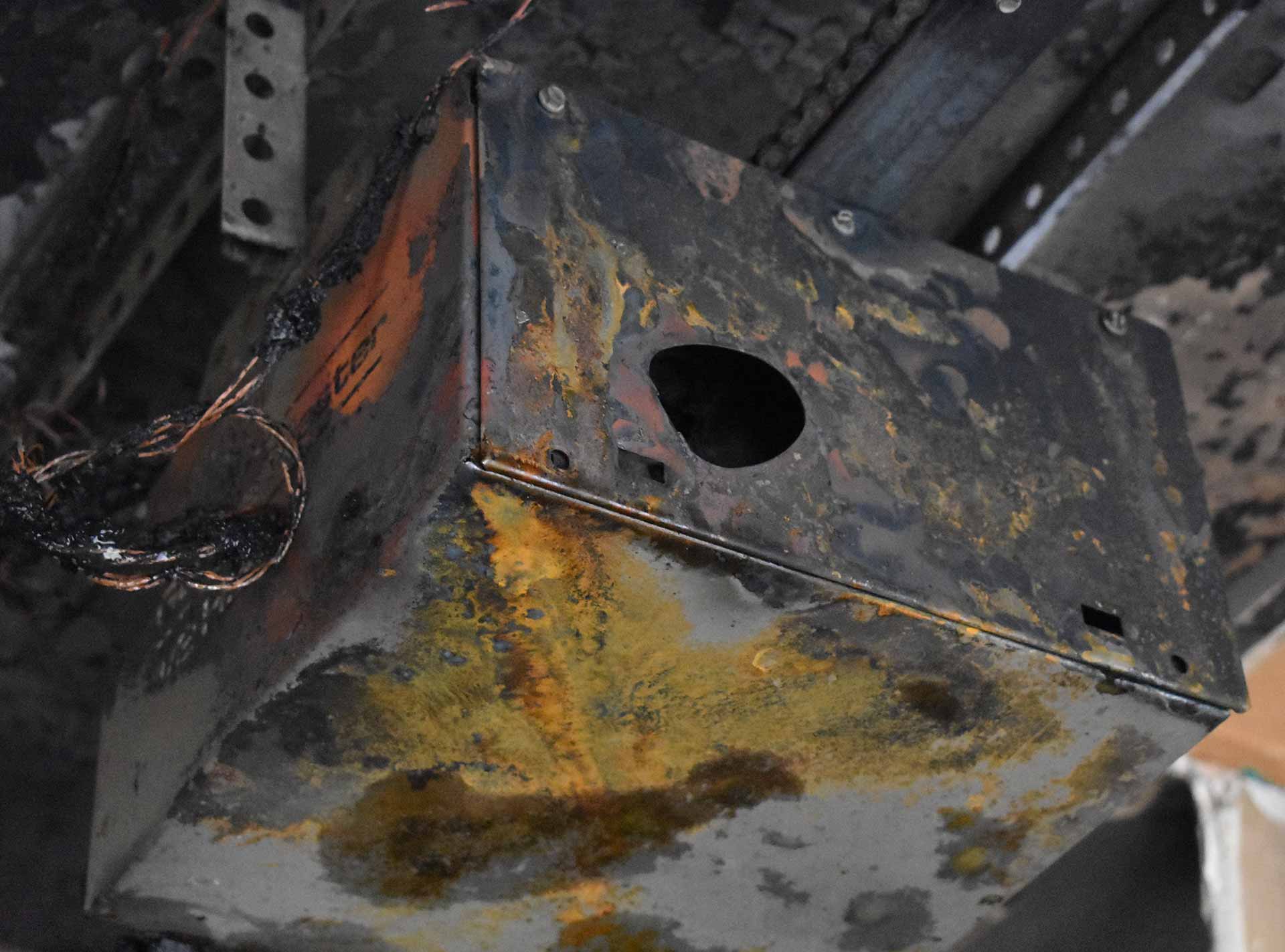 Reading and Approval of Minutes: Tim Reeves made the motion to accept the Minutes from January 2019, seconded by Bill Hollander, approved unanimously, motion passed.

New Membership: Unknown at this time as the 2018 Conference spreadsheet needs to be compared with past members spreadsheets to determine the new members and what their member numbers will be.

Secretary/Treasurer’s Report: Neal Moore provided the present balance to David Vanbuskirk: $17,165.23 in the account. Motion to approve was made to accept the balance by Jonathan Wilk, seconded by Fred Henderson, approved unanimously, motion passed.

Scott Crow contacted Renee Southerland to get his member number, however, no member numbers were given at the 2018 conference for the new attendees. She will be matching up any new members, compared to old spreadsheet member and then new member numbers will need to be decided upon for those individuals. That can be discussed at the March meeting.

Reading and Approval of Minutes: Chris Woodall made the Motion to forego the reading of the Minutes from November 2018, seconded by Fred Henderson, approved unanimously. Motion carried.

New Membership: Neil will advise by email who the new members are from the last conference. There were four memberships requested by email in 2018 that had not been responded to during that time. There was a Motion from Bill Hollander to approve the four pending memberships, seconded by Tim Reeves, approved. Motion carried.

Annual Conference: It was discussed that the annual conference be Afour days@instead of three days which would either begin on Monday, October 21, 2019, or Tuesday, October 22, 2019. This will depend on Ashley’s schedule as he advised he needed four days for a post-blast analysis conference. Still a possibility for it to be three days. Todd and Bill will go to the salvage yard (Manheim) in Sapulpa to inspect their facilities for this conference. Depending on their availability to host the conference, then Bill will check with River Spirit Casino. Possible issues with the conference being at a casino and then another location would need to be determined.

Bill Hollander reached out to the burn camp and they can do a one-hour presentation at the conference.

Per Chris, we need a PowerPoint and agenda to give to Todd so that the Oklahoma Insurance Department can have it and approve it for continuing education. The deadline is August 1stto get that to OID.

It was discussed to get the new list of fire departments from Maddy at the State Fire Marshal’s Office as that list might possibly have email addresses for those departments to use in the email blast. (Have since received list from Maddy).

Bill also suggested putting our conference information in the OSFFA publication and would call concerning the cost.

Membership: Neal will have the current membership count. There was also discussion how to charge for membership this year such as pend any email requests until August and send an email in August to bill everyone for the conference amount and/or membership amount.

CFI: David is working with Jeff Vandolah concerning the Oklahoma Bar Association credits for the attorneys that attended.

Report from Executive Secretary: None

Report from Secretary/Treasurer: None

Old Business: Photo award money needs to be paid to the award recipients for 2018. David will tell Neal to send them $50.00 each.

New Business: The 501(c)(3) letter was requested to be sent to everyone as all board members need to get donations for the conference this year.

International conference is April 15ththrough 19thin Jacksonville, Florida. David would like to go and one other. If interested, let him know by email.